Many pitchers, even in the major leagues, have trouble throwing on the inside of the plate.

Obviously they would be better pitchers if they could move the batter off the plate, but something mentally prevents it.

Trying to overcome this can be very hard.

You can try having a batter, with a helmet on of course, stand in the batters box when you are throwing your bull pens.

Sometimes this helps and sometimes it doesn’t.

Know What You Or Your Pitcher Can Do

Other than that suggestion I do not have any pitching baseball tips for not being able to throw inside.

What I want to point out here is don’t try to do something you can’t do.

Realize the fact that you aren’t going to be able to move the hitter off the plate.

Instead, concentrate on hitting the outside of the strike zone.

If the batter is all over the plate, start with an away pitch that is outside the strike zone.

If he chases it, go out a little further. If he doesn’t chase the first pitch, then try to move the pitch in a little and hit the outside corner.

Move the baseball up and down, but stay on the outside corner.

Here is what happens way too often. The batter crowds the plate. You throw him an outside pitch and he leaves it alone.

Rather than try and hit the outside corner, you decide to try and move him off the plate.

The catcher calls for an inside pitch and you agree it is time to back him off the plate. 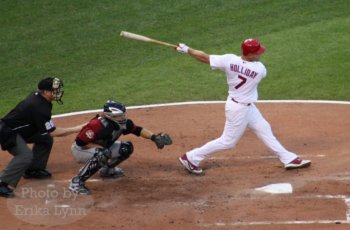 Your intentions are good, and you let the pitch fly. Pitching baseball isn't so hard, or is it?

Problem is you still can’t throw inside, and instead the pitch goes down the middle of the plate, and then over the fence.

If you miss with an inside pitch, it usually winds up down the middle of the plate.

If you miss with an outside pitch, it usually winds up further outside.

If you take nothing else from these baseball pitching tips, Know what you or your pitcher can throw.

Yes, it would be great if all pitchers could throw inside, but not all can.

Just don’t learn that at a bad time in the game.

Can You Keep A Secret?

It is hard to believe, but this does happen in youth baseball.

My son was fourteen and pitching the championship game in a big tournament.

He had really good stuff that day, and the first three innings he mowed them down.

Then all of a sudden they started hitting him.

His stuff was still good, but their hitters just looked more confident at the plate. Pitching baseball was not working for him. 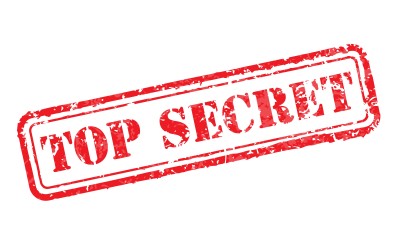 Soon I had to take him out of the game. We were short on pitching, but there wasn’t much else I could do.

We lost the game and the other coach, who I didn’t know, asked if that was my son pitching.

I said yes, and I guess he just ran out of gas. The other coach said no, it looked to him like my son was still throwing strong.

He said what happened was my son was tipping his pitches and they noticed it.

Every batter knew when a fastball was coming.

This was the championship game, so the other team had some very good hitters.

And this extra knowledge just made them go from good hitters to great hitters.

My son was cocking his elbow out a little before he threw a fastball.

It wasn’t much, but once the other team figured that out they were sitting on fastballs.

As the coach I should have caught this.

But with so many things going on in a game, it can be hard for the coach to catch it.

I told the other pitcher’s dads to observe their sons closely, and we found out a lot of them were tipping their pitches.

Some quick adjustment cured the problem.

And from then on we began watching opposing pitchers a lot closer.

These two topics, to throw inside or not, and tipping your pitches, may not be things that come up every game.

But let me tell you, if you pitch in enough games, and play baseball all thru high school, you are more than likely to experience both subjects.

And right now, after having just read this article, you know more about these subjects than most young pitchers.

Your research on pitching baseball is paying off.

Learn your limits on pitching inside, and be on the lookout for tipping pitches.

Here is a listing of Pitching Drills on our website:

Pitching a Baseball - How to Learn