Coaches, I’m sure you have heard that “defense never goes in a slump”. Well, I’ve had a few little league players who seemed destined to disprove that myth, ha.

Seriously though, practicing some defense can go a long ways to helping your team win games.

And free youth baseball drills are a good place to begin.Hitting gets all the glory in youth baseball. Actually, in any level of baseball, all the way to the major leagues.

Players want to hit and they want to practice hitting. They figure “just let us score a bunch of runs and have our pitchers strike out the other team.

Winning is just as easy as that. We don’t need to spend much time on defense, we are a scoring machine.”

There is Only One DH in the Lineup 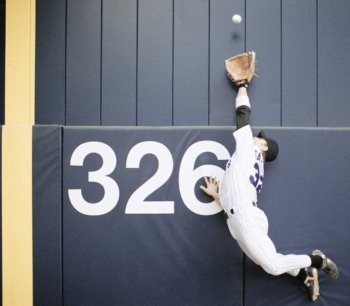 When you see and hear this attitude about hitting and defense, then your coaching abilities have to step in and take over.

Dads are telling their sons, as they throw soft toss to them, that if you can hit, they will find a place in the lineup for you.

Those same dads are forgetting to tell their kids that college baseball teams have four infielders, three outfielders and one designed hitter. If they hope to play high school and college baseball then their odds are much greater if they can play defense.

Hopefully, this article on youth baseball fielding drills is a stepping stone

As their little league baseball coach, you want the attention of all your players at practice. If you are going to do some defensive drills, you want them wanting to learn.

And as their youth baseball coach you want your players to improve as much as possible.

So it is your job to make these players realize that being able to play good defense makes them better baseball players.

Young Players Should Play Many Positions

There is a hitting drill that lots of teams use in practice called “workup”.

In this drill batters hit until they make an out, then they go to the outfield and the back of the line while everyone else moves up a spot. You can also use this drill, with a little twist, as a fielding drill.

Before I explain the drill, I need to point something out. I see players at too young an age playing only one position.

Teams might have only one player as their regular catcher or first baseman. These players never get a chance to play other positions and this really puts them at a disadvantage in the future.

Not until they are headed to play at the college level should a player have to pick or play only one position.

The Workup Drill for Defense

The workup drill for defense is one of the best youth baseball fielding drills. There is nothing too complicated about it and it is easy to run.

You start with players at every position except pitcher. We eliminate the pitcher only for safety reasons. There also needs to be base runners, with helmets on.

Be sure the runners wear helmets.

To start the action you or another coach is going to be hitting the baseball.

The action can start with the bases empty, or you can create a situation with a runner on any of the bases.

Some coaches like to start with no outs and no runners and play until three outs are recorded. Then they have everyone rotate, even the runners.

This Drill Is for All Ages over 8

That’s the beauty of this drill; it is very flexible. Since you are controlling the action by hitting fungos, this drill can be used with any age group over eight. 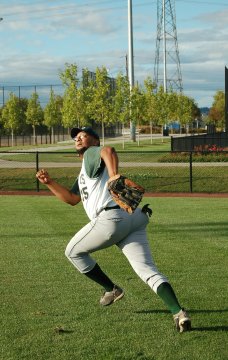 Has your team been having trouble lining up for relay throws? Then start with a runner on first and/or second and hit line drives into the gap.

Has your infield had trouble turning two? Start with a runner on first and hit ground balls.

You can use this drill to work on any defensive situation you want. And you can coach as you go.

Just keep the action moving and rotate the players often so they do not get bored.Another variation to this drill is to let the base runners hit off a tee.

Try both ways and see what works best for you.

And don’t miss the fact that this is also a good base running drill. Besides watching the fielders and correcting their mistakes, have one coach work with the runners and improve their running skills.

Because there are so many possibilities with this one drill it is up to you to make it work.

This article stated out talking about players not wanting to work on defense. Well, keep the actions going on this drill, and keep the players rotating and their interest should be there.

Kids who have never played shortstop all of a sudden are playing shortstop.

Some outfielders always wanted to try the infield. Don’t just send your everyday shortstop out there to play short.

Rotate the players and make them learn where every position plays. You might just find a new shortstop you didn’t know you had.

This can be a fun and very learning drill. Like I said before, it is one of the best youth baseball fielding drills.